Flight simulator games have been a part of PC gaming’s DNA since the early days of home computers. They’ve come a long way from way back then, now just about every new game in the genre strives to be the most realistic simulator on the market. The graphical capabilities of a modern-day PC mean the landscape and aircraft are rendered to look just like the real thing. Want to feel like you’re really piloting an aircraft above the clouds? We’ve put together a list of the most realistic flight sims out now!

Do keep in mind that really experiencing the realism these games offer requires a beefy PC. Consider investing in a *flight sim pc with the most up-to-date CPU and GPU so the load times are short and your time in the sky is beautiful and smooth.

Microsoft has been releasing new iterations of its flight simulator series since 1982, pushing for realism with every new release. The latest version has in many ways become the king of realistic simulators that’ll be tough to dethrone for many years. The game’s real strength is the use of Bing mapping and Azure artificial intelligence to create a stunningly realistic recreation of Earth! It’s an incredible feat that makes soaring over these landscapes particularly breathtaking.

However, there’s quite a price to pay for the most realistic flight sim. For the base game, you’ll be paying £59.99 for access to 20 aircrafts and 30 handcrafted airports. If you want to add to that list you’ll need to make in-game purchases or start with either the Deluxe bundle at £79.99 or the Platinum bundle at £109.99.

Despite the price, there is no denying the attention to detail in the landscapes and planes is currently unmatched in the flight sim scene. If you have a PC capable of running it, you have to try Microsoft Flight Simulator for the most technically advanced simulator currently available.

A good flight simulator should make you feel completely immersed in the feeling of flying. FlyInside is a flight sim experience that’s built from the ground up for Virtual Reality. The game is intended for the latest range of VR headsets (Valve Index, Oculus Rift etc.) and focuses exclusively on the cockpit view so it feels like you’re really behind the controls of an aircraft.

You physically interact with all the buttons and dials of the cockpit and need to keep an eye on the display to make sure you keep your aircraft flying. The views outside your window aren’t the most detailed compared to other flight sims but look great when you’re flying high and looking down. The game doesn’t just offer planes, you can also fly helicopters with their own unique controls.

The game is relatively cheap at £27.79 and is still in early access, so the experience is still being perfected and updated. If you’re looking for a dedicated and realistic flight simulator, FlyInside is well worth your time.

//Copy: There have been tons of air combat flight simulators released over the years. IL-2 Sturmovik: Battle of Stalingrad offers some of the most realistic representations of World War II-era battles.

The game lets you manage how much of the military plane you want to manually control and which controls you want to automate. Managing essential engine functions (RPM, manifold pressure, cooling etc.) is especially intense while you’re in the middle of aerial combat. You can even compete online with other players online who are also relying on their knowledge of their aircraft to take you down. This makes it all the more satisfying when you successfully take an enemy plane down.

The graphics of the game are also superb; you can physically see every bit of damage your plane takes over the course of the battle and the environments are rendered in amazing detail. The Battle of Stalingrad is priced at £39.99 with additional downloadable content (DLC) to add more planes and other locations for battles. The IL-2 Sturmovik series is your go-to for the most realistic World War II-era flight simulator.

This game is one of the only simulators that can hold a candle to the Microsoft Flight Simulator (2020). Many devoted fans will say that X-Plane 11 still provides the best physics of any flight simulator.

You can really feel the plane struggle against wind and turbulence which adds a great deal to the sense of realism the sim provides. It also has a ton of aircrafts available in the base game as well as DLC, all with immaculately crafted 3D cockpits. Another big feature is the ‘living airports’ that feature hangers you can park your plane into and roaming fuel tricks that service your plane. There are more than 13,000 of these airports in the game.

DCS World allows you to battle over locations from many different periods of war from WWII, Vietnam, Gulf War and many others. The graphics of the game are stunning with amazing lighting as you pass through clouds and realistic explosion effects when you’re in the heat of battle in single-player and multiplayer. Bear in mind that the game is notoriously difficult on a keyboard and mouse, so you may want to invest in a joystick or hands-on throttle-and-stick (HOTAS)  setup for this game.

While the game is initially free, there’s tons of DLC content to add extra locations, aircraft and vehicles to the experience. There’s so much that you’ll be able to look through and cherry-pick which ones you want. As it’s free to play, you owe it to yourself to try out DCS World’s incredibly authentic flight simulator.

These games offer the most realistic simulation of flying an aircraft on your PC. Many of them offer VR support for extra immersion and getting yourself a HOTAS setup will add even more realism to your experience. If you’ve ever dreamed of flying then checking out any one of those games could make your dream come true!

Author Bio: James Sayers has a passion for writing on media such as music, film, and video games. He works at Tillison Consulting as an SEO Campaign Manager working on blog content and SEO improvements for clients. 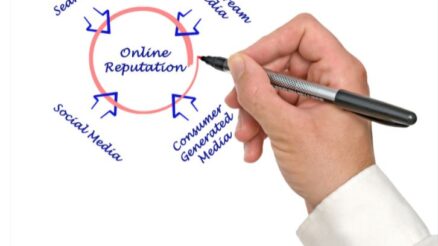 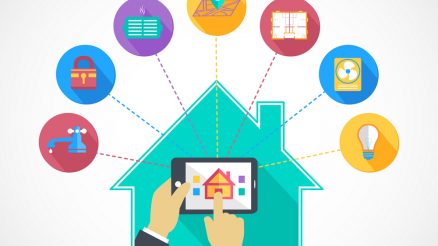